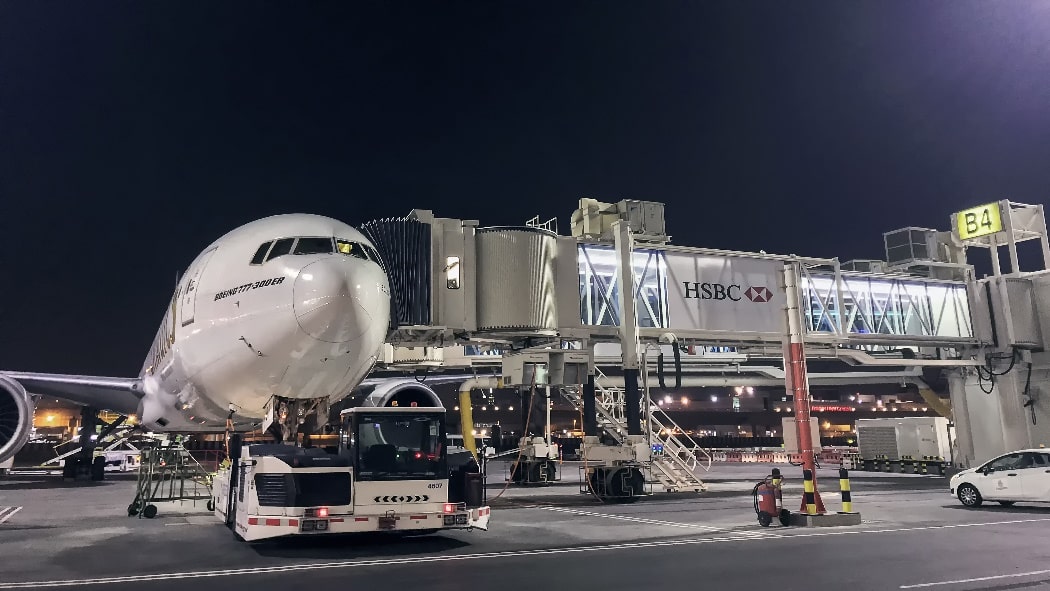 Hydrogen fuel cells could enable airports to reduce their ground emissions to almost zero, but ground-handlers and airport operators await a convincing business case that would bring the technology beyond the tipping point Airports may be able to improve their environmental credentials by switching to reduced-emissions ground support equipment (GSE), with several manufacturers trialling hydrogen fuel-cell-powered vehicles.

As with all new technologies, though, there are serious barriers to entry. Take the case of Heathrow, where management at the UK hub is understood to be keen to introduce fuel cell technology – but negotiations with ground-handling providers have delivered no results to date, and the airport has made no official comment. Heathrow part-owns a fuelling depot in nearby Hounslow, built by Air Products. This facility enables GSE to exit the airport to refuel, and also allows fuel-cell powered apron buses to be operated. A fleet of five taxis made use of the Hounslow facility during the 2012 Olympics to drive dignitaries and VIPs between the airport and venues. However, without an obvious financial case to refer to, cash-strapped ground handling providers are not prepared to take the great leap forward.

It is left to airports, therefore, to drive experiments with hydrogen-powered vehicles. In Germany, for instance, Hamburg is trialling Still tractors using technology provided by Linde, and management at the new Berlin Brandenburg Airport says it attaches great importance to minimising non-essential CO 2 emissions and is therefore open to testing eco-friendly options in respect of GSE. Brandenburg is yet to commit to full-scale implementation of fuel-cell-powered equipment once the airport eventually opens, but it has trialled hydrogen power in company cars. IHS Jane’s understands that Vancouver International in Canada was linked with a trial of fuel-cell-powered GSE but the airport shied away from adopting the technology.

Hydrogen power for airport vehicles clearly remains at a nascent stage but GSE powered by fuel cells could make an impact in 2014. Air Marrel (acquired by CIMC of China in November 2013 and now operating as CIMC Air Marrel) is seeking a partner airport to take part in a major pilot project involving hydrogen fuel cell-powered cargo lifters. Gwen Hervet, the company’s sales and marketing director, noted that this would involve the deployment of a fleet of its new HE loaders, which are available in 3.5-tonne, 5-tonne and 7-tonne versions. These are all ideally suited for use with passenger aircraft, although the company’s larger loaders, which are aimed at freighters, will remain diesel-driven only.

“All ground-handling companies are looking for an alternative to conventional diesel loaders,” Hervet commented to IHS Jane’ s. “Those looking at electric-powered units often find that there are insufficient charging facilities available, while the 6-to-8-hour charging time for batteries is viewed as too inflexible.” Hydrogen-powered lifters can effectively be refuelled in a similar time to diesel-driven units, thereby giving them more autonomy. Nevertheless, the main sticking point at present is that many airports lack hydrogen refuelling facilities and will only commit to building them if a ground-handling company first buys a fleet of hydrogen cell vehicles. To get around this problem, Air Marrel is prepared to support smaller pilot projects involving more modest fleets of vehicles since it developed a mobile refueller, removing the need for airports to invest in a permanent installation. The Air Marrel project is conducted in partnership with Air Liquide, which has been responsible for the fuel cell technology. A study carried out by the two companies showed that a modest fleet of fuel cell-driven vehicles gives a return on investment (ROI) after three years, which also takes into account the cost of building a refuelling and hydrogen storage installation.

“Hydrogen’s image of being explosive or dangerous is not deserved,” said Hervet, pointing out that for all pilot projects the relevant risks and mitigation steps are explained. “Normally, when we do that, airport authorities are happy to give us the green light, it is a simple question of education.” The technology works as follows: each of the loaders is fitted with a hydrogen tank, which is replenished once a day. This fuel comes in the form of compressed hydrogen (although it could also be hydrogen gas), and is used by the fuel cell to make electricity, with the only by-product being water. A single tank makes it possible for a loader to handle up to six A330s daily, without having to refuel. “Current units can stay in operation for 5-6 hours, but the aim is to extend this eventually to eight hours,” Hervet said. He conceded that hydrogen-powered loaders are around 25-30% more expensive than either diesel-driven or electrically-powered loaders in terms of capital cost. Three years ago, the price difference was 50%, but the gap is expected to close significantly over the next three or four years to a point where hydrogen-based units will be just slightly more expensive, but with an ROI of around two years. Perhaps the most attractive financial proposition is the difference in the cost of fuel: to fill the tank of an Air Marrel 7-tonne hydrogen loader costs EUR30, compared with EUR80 for a diesel-powered 7-tonne loader. Lifecycle costs are therefore highly competitive, particularly since hydrogen cells require very little maintenance. “We believe that each fuel cell will last around 11,000 hours, which is 6-7 years depending on usage,” said Hervet.

Air Marrel expects to have a full production version of its hydrogen-cell loader to be available in the second half of 2014, but it is still looking for an airport authority – rather than a ground-handler – willing to take a risk and invest in the necessary supporting infrastructure. German manufacturer Mulag has also developed two prototype hydrogen fuel cell-powered towing tractors. “At the moment, I don’t believe fuel cell technology is suitable for use with heavier GSE, such as container pallet transporters or push-back tugs,” said marketing director Oliver Kesy, adding that this could change depending on developments. The new Mulag towing tractors resemble electric units with the basic chassis and frame retained. They incorporate a fuel cell provided by Danish fuel cell developer H2 Logic, which was seeking applications in the airport ground support sector. To date, field tests have been carried out at some smaller German airports, using a mobile refuelling vehicle to supply the necessary hydrogen. “If airports need towing tractors that are basically emissions-free, fuel cells, which do emit heat and produce waste water, are probably the best technology on the market,” Kesy noted, although Mulag continues to pursue market opportunities for tractors powered by diesel, diesel-electric, compressed natural gas (CNG), liquefied petroleum gas (LPG) and electric motors.

Kesy conceded that the main barrier today to the widespread adoption of fuel cell technology is the lack of hydrogen refuelling installations at airports and the need to invest upfront in hydrogen storage and refuelling installations, but he believed this will come if manufacturers prove that fuel cell-powered tractors can do the job. Indeed, the Mulag prototypes can be refuelled in exactly the same time it would take to refuel a standard diesel-driven or gas-powered tractor, although refuelling is significantly faster than the comparable recharge time required for an electric unit. “The best argument for switching to fuel cell is that it is suitable for a large range of applications, providing good power but little in the way of emissions,” he noted to IHS Jane’s . “And it isn’t limited in terms of capacity either.

“We can demonstrate that airports can make both the financial return on investment they need and an environmental return, too. At the moment, with the current state of technology, the financial argument probably isn’t yet good enough. However, if there is pressure on emissions, or if diesel were to become financially unattractive, the argument changes and the case for investment becomes clearer.” Mulag will have a production model of its new tractor available in 2014, but only if the company is sure it can deliver a combination of performance and long life technology. “If that’s is not the case, we will delay the subsequent release,” said Kesy, who insisted that fuel cells should not be regarded as replacing existing power technologies, all of which will continue for the foreseeable future. Also, those airports that have already invested in LPG or CNG installations will have to sweat these assets before justifying a switch to fuel cell technology.

“Synergy will definitely be a factor in uptake, too. Once an airport buys other fuel cell GSE, our hydrogen-powered towing tractors become more attractive,” said Kesy. IN SEARCH OF THE TIPPING POINT If the developers of hydrogen fuel cell technology are correct, using the technology for various ground support functions would not only be cost-effective but also kinder to the environment as emissions would be lower. Yet the would-be users of these green vehicles find themselves in a classic ‘chicken and egg’ situation. Airports are often willing to invest in the necessary fuelling and storage infrastructure, if one of the ground-handling companies commits to buying a large fleet of fuel-cell-powered vehicles – but most ground-handlers operate on thin profit margins, so they feel unable to invest in a new fleet of hydrogen-powered GSE unless the necessary infrastructure is already in place. Manufacturers of hydrogen-fuelled GSE are left waiting for the tipping point – will we see it in 2014?